Parliament debates our model for researching and developing medicines

“Millions of people continue to suffer and die from treatable conditions because of a lack of access to health technologies.” Virendra Sharma MP quoted from UN High Level Panel (HLP) on Access to medicines report.

With the political mayhem unleashed last week, you can forgive most MPs for hurrying back to their constituencies on Thursday afternoon rather than making appearances in the Chamber. However, the looming General Election only served to make the interventions of those that stayed for the backbench business debate, Stimulating R&D in Infectious Diseases, even more powerful. The MPs that took part recognised the urgency of the debate, identified key barriers for R&D and access to medicines, and underlined the crucial role of UK aid in tackling infectious diseases.

Any debate on this topic must first recognise the seriousness of the issue, and sharing a few statistics did just that. As Minister Wharton reminded us ‘In 2015, 10.4 million people fell ill with TB, and there were 1.4 million deaths. There were 212 million cases of malaria, with over 400,000 deaths. Some 2 million people were infected with HIV… Neglected tropical diseases…affected 1.6 billion of the world’s poorest people, causing disability, disfigurement and stigma, with an estimated 170,000 deaths.’ With this in mind, the UK’s recent NTDs announcement as well as the UK’s leading contribution to the Global Fund to fight AIDS, TB and Malaria were given worthy praise.

However, Virendra Sharma MP rightly commented that ‘prevention, diagnosis and treatment through the Global Fund cannot be the sole solution. It is clear that without new tools we will not meet the commitment made in the global goals to end the epidemics of HIV, TB and malaria by 2030.’ With this in mind, Virendra then raised several options for improving access to medicines, from protecting TRIPS flexibilities in new trade agreements to prioritising the range of recommendations listed in the UN High Level Panel on Access to Medicines report.

The MPs that followed, from across political parties, repeatedly referred to what Carol Monaghan MP described as ‘the difficulties in developing vaccines and treatments when there is no economic incentive to do so’, highlighting Ebola, TB treatment, antimicrobial resistance (AMR) and cures for the three diseases as examples of health needs with low R&D investment. Noting this, the UK’s £1billion Ross Fund portfolio, which focuses on R&D for infectious diseases (although not HIV & AIDS) and their investment in Product Development Partnerships (PDPs) were praised in response. However there was recognition that the UK cannot do it alone and that the UK’s voice in international fora is important; the UK must ensure that TB is at the heart of discussions on AMR at the G20 and HLP recommendations are prioritised at the World Health Assembly in May.

When discussing AIDS, TB and Malaria, the issue of high drug prices in middle income countries and the importance of generic competition becomes glaringly obvious. WTO rules mean that middle income countries must respect TRIPS and due to their assumed market potential are often charged high prices by pharmaceutical companies, making lifesaving drugs unaffordable. Wendy Morten MP stated that Generic competition in antiretroviral medicines has led to the cost of first-line ARV drugs decreasing, but third-line ARVs remain prohibitively expensive—especially in middle-income countries. To make that even more pressing, by 2020 an estimated 70% of people living with HIV will be in middle-income countries.’

There was also no response to Catherine’s comment on the UN HLP report that ‘called for the cost of research and development to be delinked from the price charged for medicines, and for pharmaceutical companies to reveal the details of their spending on research and development, marketing and drug promotion. That added layer of transparency would help to ensure fairness in drug pricing and assist international agencies more effectively to support drug and vaccine deployment in countries where they are needed.’

Missing from the debate was a recognition that high drug prices affect developed and developing countries alike – not only for infectious diseases, such as Hepatitis C where the drug sofosburvir which costs £36,000 for a 12 week treatment, but also for a number of noncommunicable diseases, such as cancer and diabetes.

Perhaps this issue was missed as, in the run up to the election, MPs across parties were keen to be outspoken about their support for the UK’s contribution of 0.7% of GNI towards international development. This commitment enables DFID to invest in a range of R&D initiatives, including not-for-profit models, such as the Drugs for Neglected Diseases initiative, that put health needs over profit. John Glen MP pointed out that ‘The national risk register rightly identifies emerging infectious disease as one of the most serious threats that we face’ and Catherine West MP noted ‘Government figures projected that health would be the biggest spend of ODA over 2017 and 2018.’

Thankfully on Friday Theresa May confirmed that 0.7% would be protected in the Conservative Manifesto. Let’s hope this is mirrored in all party Manifestos alongside commitments, as Jeremy Lefroy MP stated, to make ‘research and development on infectious diseases and the deployment of those resources a key priority for the new Government’…[and]… a commitment to invest(ing) in R&D models that deliver affordable and appropriate medicines for all those that need them, wherever they live.’ 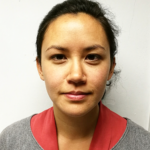