Time to unveil the costs of drugs

Tabitha Ha leads on STOPAIDS access to medicines work, coordinating the Missing Medicines campaign that seeks to change the way we research and develop medicines. She recently attended the 70th World Health Assembly in Geneva and the Fair Pricing Forum in Amsterdam and reflects on one of the key themes that arose.

‘We woke up. The current development in the pharmaceutical sector, especially regarding innovation, is not working any more. There is no business case anymore. Maybe for the pharmaceutical industry but not for us’. Clemens-Martin Aeur (Austrian Federal Ministry for Health)

In the past month, I joined two major global gatherings for multiple stakeholders, including high-level government representatives, to tackle the issue of high drug prices as well as access to medicines more broadly. What struck me were the overwhelming calls for transparency, as a recognised democratic principle, to underpin the research and development (R&D) of medicines, especially when it comes to the costs of R&D, drug prices and being able to trace public funds involved in R&D.

The Fair Pricing Forum, held by the Netherlands and the World Health Organisation (WHO) in early May was notably attended by many governments from high-income countries who are increasingly struggling with the burden of high drug prices. Later in May, thousands of delegates descended on Geneva for the 70th World Health Assembly, where the debate on access to medicines and R&D continued to rage as part of the formal proceedings and in several side events. 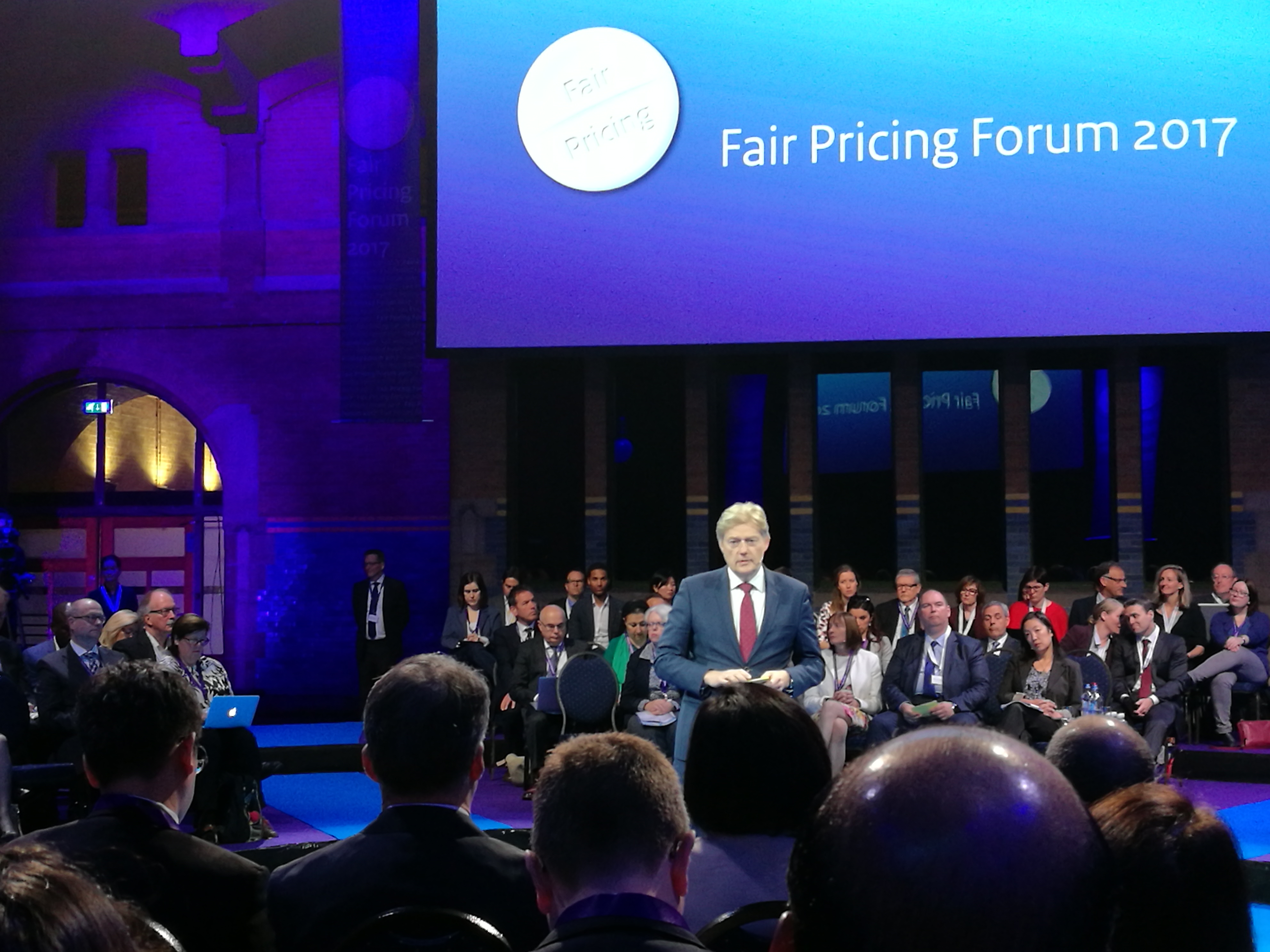 Here at STOPAIDS we are concerned with the current research and development (R&D) model, which is failing to deliver the drugs people need at prices they can afford. We strongly back the recommendations of the UN High Level Panel report on Access to medicines (UN HLP), which were due to be discussed.

What kind of transparency are we speaking about?

Firstly, there is transparency that uncovers the truth about how much R&D actually costs. One of the main arguments from the pharmaceutical industry for charging high drug prices is to recoup their investments in R&D. As the UN HLP report describes, figures vary massively and in reality, very little evidence is published. Estimates range from a highly disputed figure of up to 2.6 billion USD to DNDi’s study that a new treatment can be developed for as little as 110 million Euros.

At the recent World Health Assembly, the Global Health Centre organised a side event entitled ‘Transparency for Innovation and Access to Medicines’  and at the meeting Clemens-Martin Aeur (Austrian Federal Ministry for Health) expressed his bewilderment at the lack of government knowledge or tracing of exactly what R&D the public funds. ‘There are market failures, yes, but policy failures too. People like me have made lots of mistakes in the last 10 years because we didn’t look close enough but just accepted that we work in fragmented markets’. Auer called for countries to come together to manage public funds to ensure a fair public return on investment. 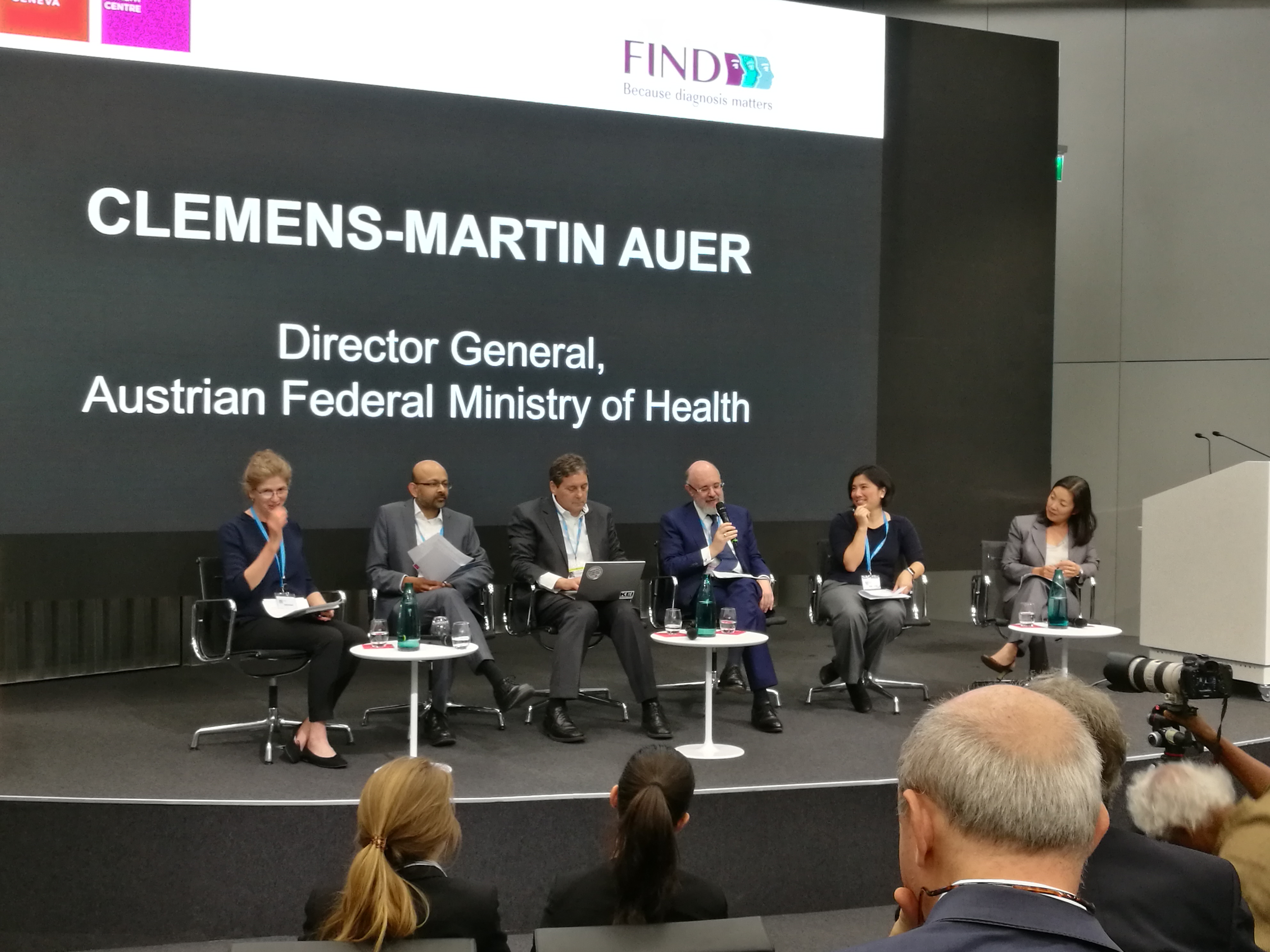 This was supported by Jamie Love (Knowledge Ecology International) who drew attention to discrepancies between different claimed R&D costs, the secrecy around tax credits and the need to have a high-level resolution on transparency to uncover the truth behind the statistics.

Transparency International’s Pharmaceuticals and Healthcare Programme argues, ‘disclosure in R&D must go further than clinical trials reporting. We need more transparency in clinical research organisations, pharmaceutical companies and private investors, academia, and national and regional health regulatory authorities. This will help us ensure that ethical standards are raised across the board and there is greater objectivity in research, including disclosure of sources of funding.’ Sarah Harris Steingrüber (Transparency International Pharmaceuticals and Healthcare Programme)

Apart from R&D costs, it is generally understood that there is little justification for charging high prices. However, the Director General of the International Federation of Pharmaceutical Manufacturers & Associations (IFPMA), Fumie Griego, argued instead  that the pricing of drugs has nothing to do with R&D but on the value it will bring to a patient, also known as ‘value-based pricing’. As one member of the audience described ‘you pay more for a Managing Director than a janitor because they are worth more to society’.This argument was easily dismissed by other speakers who asked how much airbags, traffic lights or midwives would cost if we applied value-based pricing? The key question really comes down to who makes the judgement on value and for whom.

Secondly, there is transparency that reveals the final prices that governments pay for drugs.‘Why are industry asking for a confidentiality clause?’

The secrecy that shrouds industry and government negotiations over drug prices means that governments enter discussions with no starting price or ability to compare with others. There are very few other government sales, or sales in general, where the price of a product is so secret. As a result, there are huge discrepancies in the prices paid. For example, the Australian government reached a much cheaper deal for Direct Acting Anti-virals (including sofosbuvir) than Germany. Despite having similar income levels, Australia pay around 6000 Euros per treatment in contrast to the 84000 Euros per treatment paid in Germany. 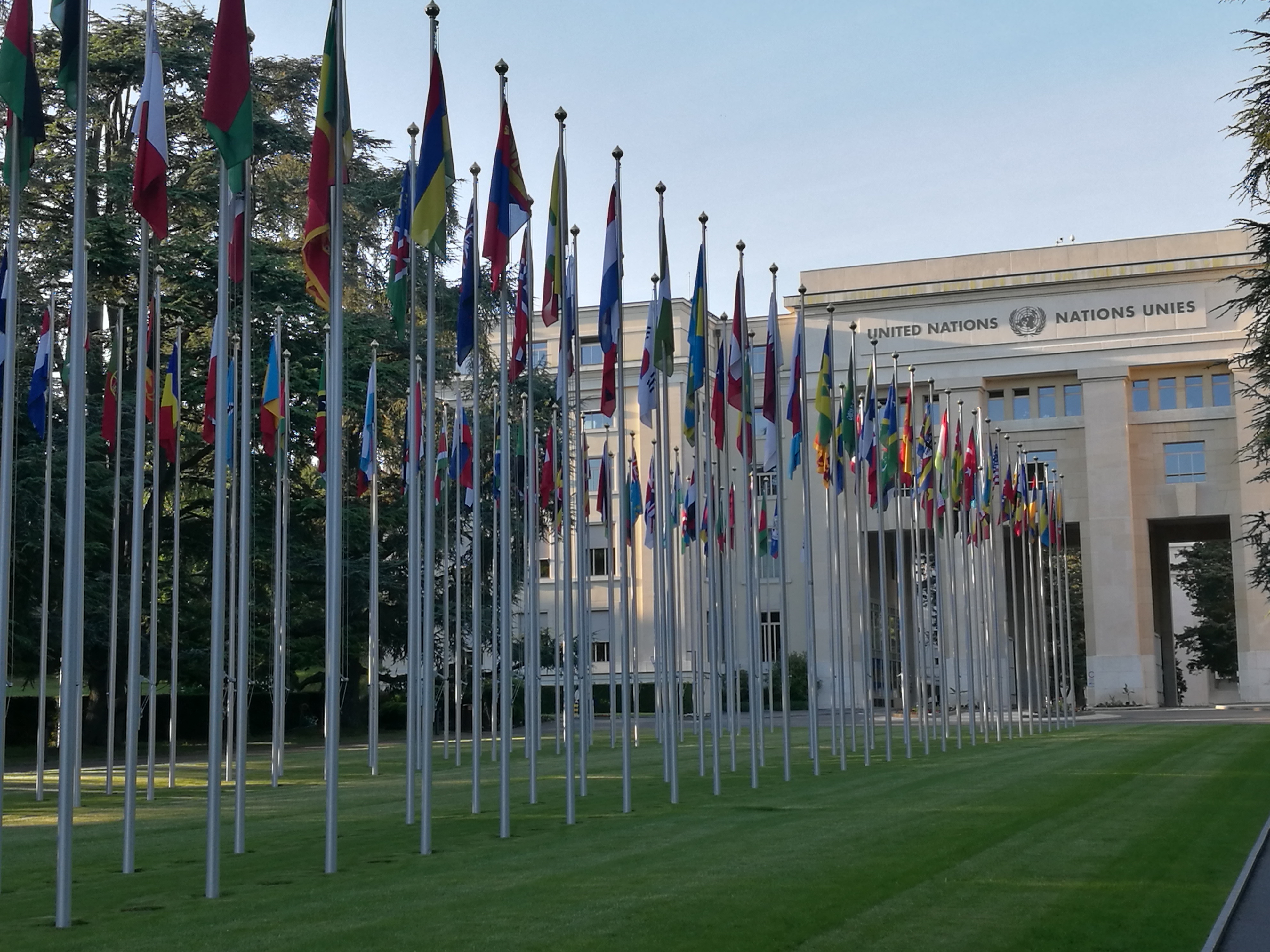 Finally, there is transparency that enables scientists and researchers to share clinical trial data.

This was not a focus of the Fair Pricing Forum, but was raised by the WHO during side events at the 70th WHA. As Vasee Moorthy (WHO) described, over half of clinical trials are not transparent and leads to a huge amount of waste and inefficiency. Moorthy described the new WHO initiative that has been signed up to by some of the largest funders of medical research, including the UK’s Medical Research Council. This agrees new standards for the results of clinical trials they fund to be shared publicly. Moorthy described clinical trials transparency as an easy, cost-effective win for R&D.

The discussions around pricing and transparency, inevitably return to the question of intellectual property and its role in incentivising R&D. It felt particularly obvious at the Fair Pricing forum that there is a wealth of empirical evidence to support alternative models for R&D and that the time is ripe for governments and institutions to run feasibility studies, test out new models that ‘de-link’ the cost of R&D from the final price of the drug and create the political environment for new alternatives to be embraced.

The UK is the third largest provider of global health R&D but there seems to be little guarantees that public R&D funding will lead to a public return on that investment. Rather, our NHS has had to ration or reject expensive drugs and globally drug prices are out of reach for millions of people. If we want to ensure that medicines are affordable to those that need them, we need to understand where our R&D money is going and who exactly this is benefiting.