This International Youth Day, what do you think is the biggest issue affecting young people? Unemployment? Affordable housing? The extortionate rise in the price of Freddo’s? One youth issue that I feel is often forgotten is the global HIV & AIDS epidemic.

Despite enormous progress in the fight against the epidemic, young people are still disproportionately affected by HIV & AIDS. AIDS is now the second biggest killer of young people globally – in 2000 it wasn’t even in the top ten. And young people from marginalised groups too often find their human rights and access to equitable healthcare systematically violated.

Despite the growing impact of HIV on young people globally and the fact that still only half of all people in need of life-saving ARVs have access to them, there are worrying signs of HIV being deprioritised by donors globally, including by the UK Government.

In response to the UK’s deprioritisation of HIV, Youth Stop AIDS, supported by STOPAIDS and Restless Development, launched the It Ain’t Over Campaign. We’ve been calling on the UK Government to financially, politically and programmatically re-prioritise HIV and be global leaders in beating AIDS by 2030.

Through creative action, community engagement and lobbying key decision makers – young people across the country have told the public and parliamentarians alike that HIV & AIDS ‘Ain’t Over’. To date, nearly 200 MPs have been lobbied by Youth Stop AIDS campaigners and around 50 MPs have taken action in parliament, writing to the Secretary of State for International Development Priti Patel, tabling parliamentary questions and raising the issue in debates.

Since the launch of the campaign, thanks to the hard work of hundreds of passionate Youth Stop AIDS campaigners and our youth-led Steering Committee, ‘It Ain’t Over’ has made some big wins. This includes endorsement from a wide group of INGOs, securing an official Parliamentary Inquiry into DFID’s deprioritisation of HIV, and seeing HIV become more visible in key DFID strategies and DFID Ministers’ communications.

To celebrate International Youth Day, I met two pioneering Youth Stop AIDS activists and Shadow Secretary for International Development Kate Osamor MP, to find out how they supported the It Ain’t Over campaign and why they think young people are so important to the global HIV response. 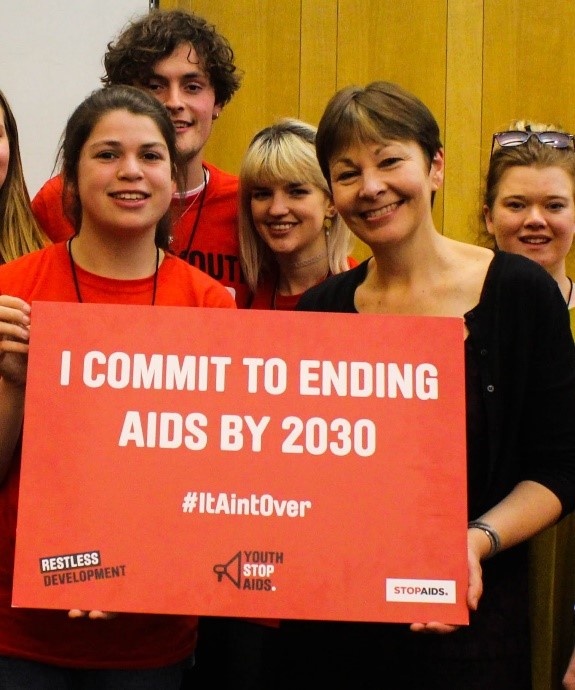 Abi, 21, from London is the current President of the Sussex University branch of Youth Stop AIDS. The Sussex Youth Stop AIDS group has organised a whole range of creative stunts. Abi remarked, “we even organised there to be a huge bouncy castle… and used the phrase ‘Don’t Let HIV Bounce Back’ to raise awareness of the campaign and encourage HIV testing”.

Abi thinks young people are really important in the HIV response and need to use their voice to influence decision makers. The Sussex group has met a number of parliamentarians including the former Minister for International Development, James Wharton. Abi reflected to me that ‘it was amazing how willing MPs were to get involved – in particular Caroline Lucas was an absolute star and offered to support in any way she can’.

Krishen, a young man living with HIV from South Africa, got involved with Youth Stop AIDS last year when he joined his local group at Queen Mary’s University.

Krishen then went on to be a speaker on the annual Youth Stop AIDS Speaker Tour. The Speaker Tour gave a platform to young people living with HIV to tell their own stories and inspire the public and decision makers to take action on the campaign. The Speaker tour included over 15 public events and secured media coverage in publications like The Metro and BBC World Service. 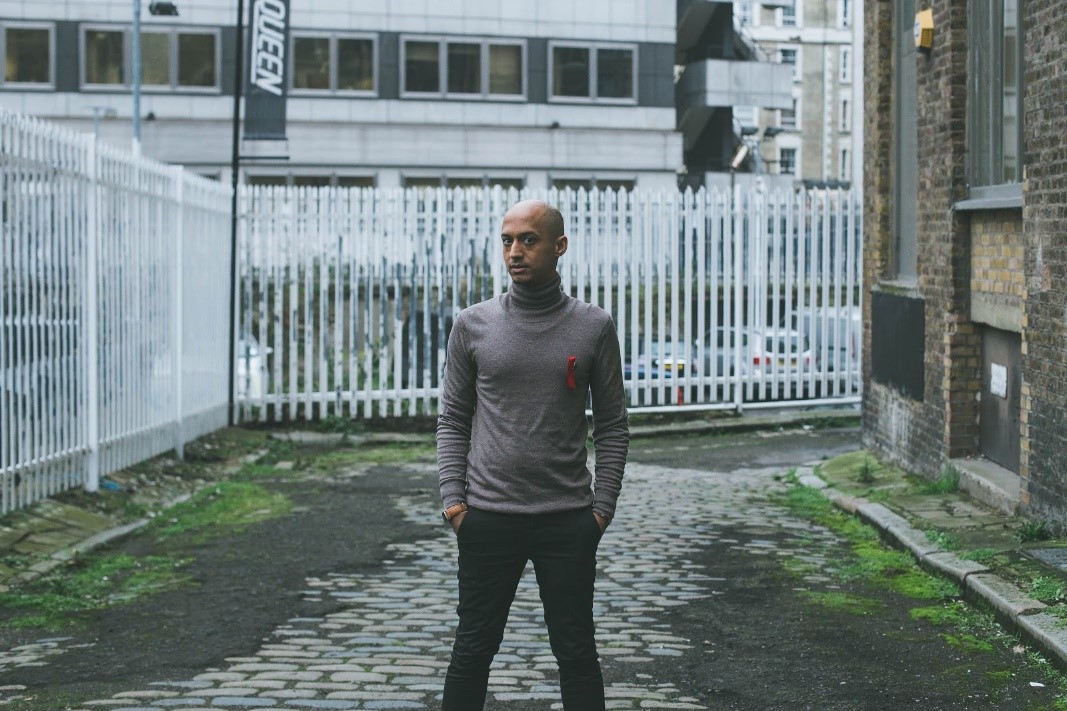 Krishen said that ‘going on the Speaker Tour was a really wonderful experience. It was really powerful to go all over the UK speaking to young people and decision makers, including at DFID and in Parliament, and to see how much difference it made for them to hear first hand accounts from young people living with HIV’.

Krishen’s empowered activism reflects his strong beliefs on the crucial role that young people should play in the global HIV response. Krishen told me that he believes ‘young people have a strong, powerful voice and it’s really important that young people recognise the role that they can play in combating the epidemic’.

As Shadow Secretary of State for International Development, Kate has played a critical role holding the Government to account and supporting the It Ain’t Over Campaign. She kindly agreed to answer a few questions about how she’s become involved with the campaign.

Why do you support the It Ain’t Over Campaign?
When I met with Youth Stop AIDS campaigners I was alarmed to hear about funding cuts to the UK government’s global work on HIV and the expiration of DFID’s strategy on HIV. I’m proud that the UK has historically been a leader in the global HIV response but am worried that we’ve now taken our eye off the ball and that we risk undoing all the progress made so far. I support Youth Stop AIDS in calling on the UK Government to increase financial, programmatic, political commitment to the global HIV response.

Why are young people so important in the global HIV & AIDS response?
There are 1.8 billion young people in the world – the largest generation of youth ever in the world – and it’s high time governments stop seeing them as a problem and start working with them as a solution. Just a fortnight ago, I was with youth activists in Abuja on the day they successfully campaigned to remove age restrictions on running for political leadership positions. That same youth leadership is more crucial than ever in the global response to HIV. Young people aren’t just disproportionately affected by HIV – they are the only age group for whom AIDS-related deaths are increasing. Young people therefore have to be one of the solutions to ending the epidemic: with their energy, enthusiasm and knowledge, they’re uniquely placed to effectively reach their peers.

How have you supported the campaign in your role as Shadow Development Minister?
I am proud to support the It Ain’t Over campaign and to have used my position as Shadow Secretary of State for International Development to advocate for renewed UK leadership in the global HIV response. I had the pleasure of giving a keynote speech at STOPAIDS World AIDS Day Conference in December last year and met with Youth Stop AIDS campaigners. In March I travelled to Geneva with STOPAIDS to see first-hand the impact UK investment in global health institutions is making.

Colleagues in the parliamentary Labour Party have also backed the It Ain’t Over campaign, with many Labour MPs taking action and meeting with their Youth Stop AIDS campaigners based in their constituency.  I was really pleased that the Labour manifesto included a strong commitment to investing to end the HIV, TB and malaria epidemics, in line with the Sustainable Development Goal target.

It’s clear that thanks to Youth Stop AIDS campaigners and parliamentary support, It Ain’t Over has had some big wins. But with HIV still falling off the global agenda, our work must continue. Sign up here to find out more and take action with Youth Stop AIDS – http://youthstopaids.org/itaintover/ 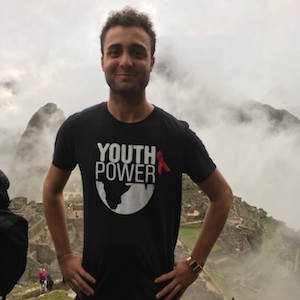