Sailing on Winds of Hope

Each year, 25th November marks The International Day for the Elimination of Violence Against Women. This year’s theme is “leave no-one behind.” It will be observed by STOPAIDS as well as many others. This date also marks the start of the annual 16 Days of Activism against GBV, an event which has been running for over 25 years.  In the middle of these 16 days is World AIDS Day. The last day is 10th December, which is, fittingly, International Human Rights Day.

Why is violence against women (VAW) relevant to HIV? Because we know that violence against women can make women 1.5 times more likely to acquire HIV and (other) STIs. And we also know that many women living with HIV experience violence, often for the first time, upon their HIV diagnosis. And this post-diagnosis ‘structural’ violence increases most markedly in healthcare settings, where rights violations, including abuse, lack of care and coerced sterilisations too, have been widely reported globally.

Women living with HIV have long been activists and advocates around the importance of understanding these links. Violence against women has long been recognised by us and our supporters as a huge factor in women’s lives – both in terms of HIV prevention and in terms of care and support, once tested and diagnosed. It is also a central factor in relation to all women’s sexual and reproductive health and rights (SRH&R). Indeed, condom negotiation, decisions over if, when and how to have sex – or not, HIV testing, treatment decisions, access and adherence, access to work, to having children – or not – and much more are all intrinsically connected to violence against women – or rather its absence, safety.

The role of violence against women can be so all-pervasive for many women that its presence is frequently completely overlooked. Yet, like the air we breathe, if we ignore its quality or strength, it can become toxic and virtually impossible for us to move forward in achieving any global goals – be they 909090, Start Free, Stay Free, AIDS Free – or indeed the noble principle of the Sustainable Development agenda  and Universal Health Coverage of “Leave No One Behind.”

Frustratingly, activists’ efforts have often been ignored or dismissed as anecdotal. Here are some examples of “everyday exclusion” experienced by us over the past 18 months or so.

Martha Tholanah, internationally respected gay rights activist, received a richly deserved award for her work in the opening plenary of IAS 2016 in Durban – and had to work as a volunteer to afford the conference at all.

At a recent USAID-funded meeting exploring the ‘new’ realisation that violence against women can be a barrier to treatment access, one delegate spoke warmly about many women researchers who have published in peer review journals on violence against women for years – yet mentioned no women who are living with HIV who have also worked – largely unfunded – on these issues for equally long. Another delegate, conducting US-funded research in Malawi at the meeting knew nothing of the great work of the Coalition Of Women Living with HIV/AIDS in reducing VAW across 144 sites in Malawi – because it had not been reported in a peer review journal.

One leading NGO recently held a session on women and HIV, yet did not include any organisation of women living with HIV in its planning group.  The WHO 2016 Guidelines on anti-retroviral therapy only mentions violence 3 times in its 480 pages. A colleague in an international organisation working on HIV was recently asked by another staff member whether she felt guilty for having children when she has HIV….. And the list goes on. Such stories are hard to grasp and stressful to recount, yet these are just the tip of the iceberg. If we don’t tell these stories, people find it hard to understand what we are talking about.

We have at least two problems here. One is the dominance of the current research paradigm, which assumes that the only acceptable evidence-base is formal research, published in peer-review journals – and which focuses on simplistic siloed solutions. This means that only those with qualifications and funds can publish research which is recognised – and those without can’t.  So, it is only recently that the vast wealth of ‘anecdotal’ evidence that women living with HIV experience of violence, in all its complexities, has started to be documented in peer review journals. Too often, the focus of research on women living with HIV is really just what policy makers and researchers think women living with HIV ‘need’ – without asking us whether this is the same as what we actually want. We are all rightly concerned to make sure that medication has been rigorously subjected to randomised control trials, especially in the context of pregnancy. But to assume that women just diagnosed with HIV have no emotions, feelings, or thinking processes – or the right to use them – and should just take the medication they have been told to take is, at best, disrespectful and, at worst, fairly totalitarian. Yet this is just the kind of mantra that most research, policy and funding bodies have taken for granted. This is the kind of narrative that leads to women being blamed for ‘loss to follow up’, ‘treatment defaulting’ and  ‘failure to adhere’ – further forms of violence.

Another problem is proper funding. With a recent plethora of funding initiatives for ‘very young adolescent girls’, with fulsome promises of ‘empowering girls’, one might hope that the era of violence against women might soon be over. However various women’s rights observers have long and rightly warned of the depoliticisation of ‘empowerment’.  Research across 70 countries over 40 years has demonstrated the critical importance of vibrant independent women’s rights movements to reducing VAW. Yet the Association for Women’s Rights in Development has carefully documented both the chronic ‘shamefully scarce’ funding of women’s rights organisations, and the inherent danger of watering the leaves (or more accurately, picking the flowers) while starving the roots of women’s rights activism, through ‘cherry-picking’ girls and young women to make a speech or attend an event, yet not funding the organisation that has supported them in the first place.

Thankfully in the last 18 months or so, we have also seen some glimmers of hope. Violence is preventable and, if projects are developed properly, valuable changes can happen. At the May 2016 World Health Assembly, Member States endorsed a global plan of action on strengthening the role of the health systems in addressing interpersonal violence, in particular against women and girls and against children.

In February 2017, WHO published its new Guideline on the SRH&R of women living with HIV. This Guideline is ground-breaking in having had women living with HIV involved in its development from the outset, with a global values and preferences survey informing its content throughout. The word ‘violence’ is mentioned over 200 times in the Guideline’s 120 pages, reflecting the weight given to this issue in the survey.

In 2014 UN Women commissioned a global review of facilitators and barriers to treatment access for women living with HIV. Unsurprisingly VAW came out as the top barrier. We hope that UN Women will release this important review this December. In September 2017 at the SVRI Conference in Rio, a new group, COFEM, published a set of excellent papers on feminism and development, which resonate strongly with our own experiences in the context of women’s rights and HIV.

Earlier this month, UNAIDS hosted a webinar to launch the new ALIV[H]E Framework. A multi-country operational research project has developed this Framework to strengthen and expand the current evidence base regarding initiatives to address violence against women in all their diversity in the context of HIV, at community-level. The new Framework explains the limitations of the current research paradigm and offers instead a holistic research framework, which embraces community women’s ‘expertise through experience’, so that indicators of programme effectiveness can include those identified by women themselves rather than just what others think they should ‘need’. And WHO has just released new material to strengthen health systems to better respond to women survivors of violence.

However, as with all good ideas, funding is urgently needed to turn all these great new initiatives into action. As usual, I sail on winds of hope. A ship can look beautiful in a harbour. But ships are designed to sail the high seas and explore new horizons. Without fundamental funding to launch them all, these initiatives – and the immense volunteer efforts of the many women living with HIV around the world who contributed to them – are dead in the water. I would like to hope that in 2018 Dr Tedros, Ambassador Birx, Peter Sands, Michel Sidibé, Natalia Kanem, Phumzile Mlambo-Ngcuka, António Guterres, Jim Kim – and more, will collaborate to put their collective hands to the helm and steer these ships into the safe waters that we all, women in all our diversity, deserve. Leaving no-one behind. 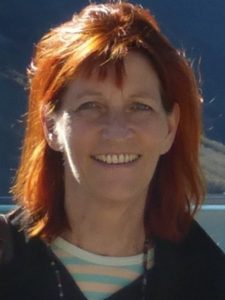