STOPAIDS fed into the development of the strategy through two short written briefings on 1) HIV, funding for Civil Society Organisations (CSOs) and leaving no one behind (co-written with the International HIV/AIDS Alliance) and 2) access to medicines. Mike was later asked to give evidence to the Labour International Development Taskforce on transitions and sustainability. We welcomed the open and consultative process of developing this strategy.

In this strategy Labour have made several new commitments relevant to STOPAIDS work.

STOPAIDS welcomes Labour’s commitments to UHC and the global HIV response. Incredible progress has been made in the HIV response: paving the way for an ambitious target within the Sustainable Development Goals (SDGs) to end AIDS as a public health threat by 2030. But as the Youth Stop AIDS campaign says, ‘It Ain’t Over’ and continued financial and political commitment to the global HIV response and to health systems more generally is needed.

STOPAIDS welcomes Labour’s acknowledgement that the current intellectual property regime is not enabling access to essential medicines and is committed to investigating alternatives. Our recent report, Pills and Profits documented how publicly funded research and development is resulting in unaffordable drugs because of the current patent regime. In collaboration with partners we’re now working on a new paper that will propose alternative models for research and development that do not rely on patents.

STOPAIDS welcomes Labour’s outlined approach to sustainability and transitions. UNAIDS predicts that by 2020 70% of people living with HIV will live in middle income countries. The HIV response has demonstrated that there is no correlation between increased gross national income (GNI) and increased spending on the health of marginalised groups most affected by HIV. In many cases donor withdrawal has led to gaps in HIV services for marginalised groups and a resurgence of the HIV epidemic. We are working on these issues through Mike’s role as Global Fund Board Member and a civil society Sustainability and Transitions Working Group that Jenny co -chairs with RESULTS UK. We are also engaging in discussions across global health and international development sector about the future of development co-operation to determine how to make it fit for the 21st century and to deliver the 2030 agenda.

Funding for Civil Society and Protecting Space for Advocacy

STOPAIDS welcomes this commitment to increased investment in civil society both in the UK and in the Global South. Civil society organisations play a critical role in the global HIV response and are best placed to support key population groups with services and to hold national governments to account. Research has found investment in women’s organisations to be the most effective intervention in addressing gender inequality. Tackling gender inequality and the resulting disproportionate impact of HIV on women and girls is a critical element of the global HIV response.

What did your organisation think of Labour’s International Development Strategy? We’d love to hear your thoughts – please send them to alysa@stopaids.org.uk if you have any reflections. 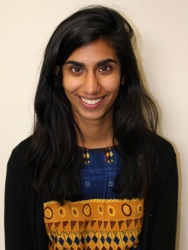