To mark the 30th anniversary of World AIDS Day on 1st December 2018, STOPAIDS partnered with organisations, community groups and individuals across the UK to hold the ENDAIDS2030 Festival from 26th November to 3rd December. The aim of the festival was to raise awareness among the public about the UK and global HIV responses and inspire them towards the global goal of ending AIDS by 2030. Together we raised awareness of HIV and AIDS, raised money for HIV charities and of course had lots of fun!

In this blog we have picked out a few of our highlights from the festival.

ENDAIDS2030 kicked off with the International HIV/AIDS Alliance’s photo exhibition in Brighton, ‘In our own words’. The exhibition explored the challenges facing marginalised communities to access lifesaving HIV testing or treatment services, often as a result of discrimination and criminalisation.

The Alliance partnered with PhotoVoice to deliver a series of participatory photography projects to support communities in three countries to advocate for improved access to HIV and sexual and reproductive health services for lesbian, gay, bisexual and transgender (LGBT) people, men who have sex with men, sex workers, people who use drugs, and adolescent girls and young women. Advocates and young emerging champions from community-based organisations were supported to explore the use of photography and storytelling in their work, and to use the captions to support their advocacy messages.

You can view the exhibition online here.

Wandsworth Oasis, held the Red Ribbon Cabaret in Clapham, in London! They held a vibrant evening of music, magic and mayhem with a mixture of music, comedy, drag acts and audience participation. Abba tribute band Abba Licious, Queertet a group of classically trained musicians and comedian Siân Docksey, were just a few of the acts that performed on the night. View a full gallery of photos from the night on Wandsworth Oasis’ website.

The World AIDS Day Red Run is a 5 or 10km charity run through Victoria Park, East London. It is held every year by Positive East to support HIV charities across the UK. This year the Red Run joined the festival. London Mayor, Sadiq Khan opened the Red Run on the 30th anniversary of World AIDS Day. We caught up with him after the race to talk about the ENDAIDS2030 Festival and all the great events that were happening around the country.

Radio station Worldwide FM supported the ENDAIDS2030 Festival in the week leading up to World AIDS Day, by dedicating their Worldwide Daily shows to the festival every morning. Tina Edwards and Erica McKoy spoke to guests such as; Fela Kuti, Hugh from HIV Voices and Ash Kotak from AIDS Memory UK, about the issues surrounding HIV and AIDS today. Listen back to all of the shows here. 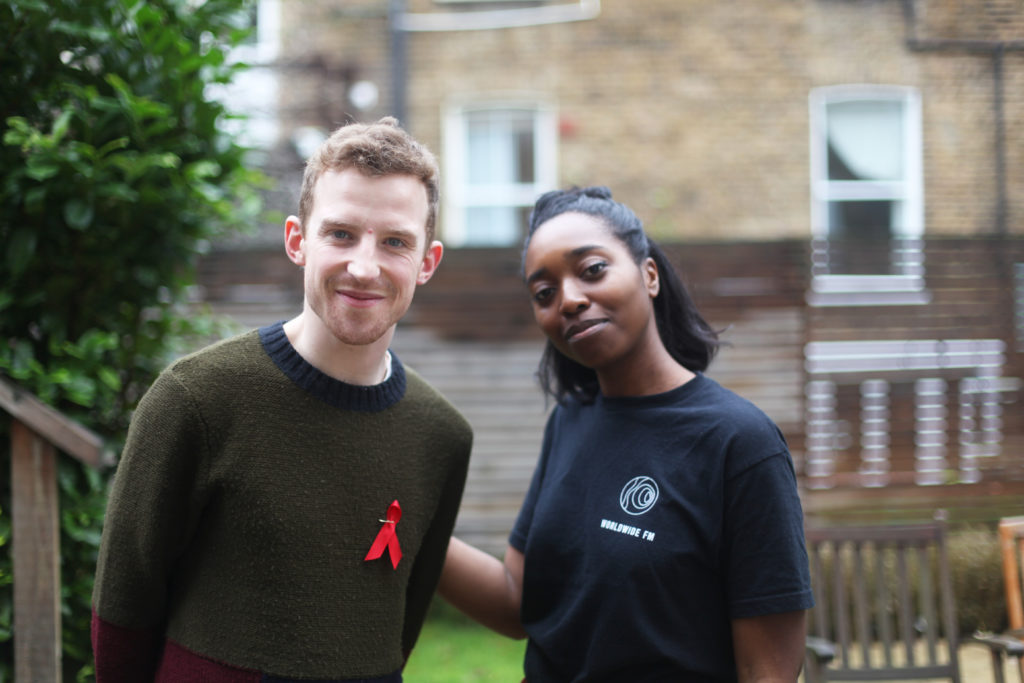 On 1st December we partnered with Pride in London, AIDS Memory UK and the British Council to hold a Remembrance Vigil in London. The focus of the vigil was on women who are affected by HIV. At present women account for more than half the number of people living with HIV worldwide. Young women (10-24 years old) are twice as likely to acquire HIV as young men the same age, with 7000 young women acquiring HIV every week. But often women are left out of the conversation around HIV and are not seen as a “key target” for HIV interventions.

The vigil was an opportunity to reflect, remember those we have lost and unite people in the fight to end AIDS. There was poetry by LGBT poet laureate Trudy Howson and speeches from HIV activists, we held a two minutes silence and we unveiled a 45-metre-long red ribbon. The vigil was reported on in The Standard, read the piece here.

Overall the ENDAIDS2030 Festival was definitely one to remember! The festival brought together domestic and international HIV charities to raise awareness of World AIDS Day and the HIV response in the UK and globally.

We want to thank everyone who had a part in making the ENDAIDS2030 Festival such a success! We couldn’t have brought it together without the support of our steering group members, partners and members who put on events. Thank you to everyone who attended an event and supported ENDAIDS2030 and HIV charities on the 30th anniversary of World AIDS Day.